BOSTON – (Staff Report from Official News Release) – The inspirational story of Boston Marathon bombing survivor Jeff Bauman and his continued support by the Greater Boston running community will be on display when DMSE Sports stages its second “Celebrity Mile” on July 22, 2017, as part of the DMSE Classic events. The weekend event, held at Merrimack College in North Andover, MA, will include the half marathon, 10K, and 5K races or, for some, the “Hat Trick” of running all three. Runners can visit www.dmseclassic.com to register for any of the races. 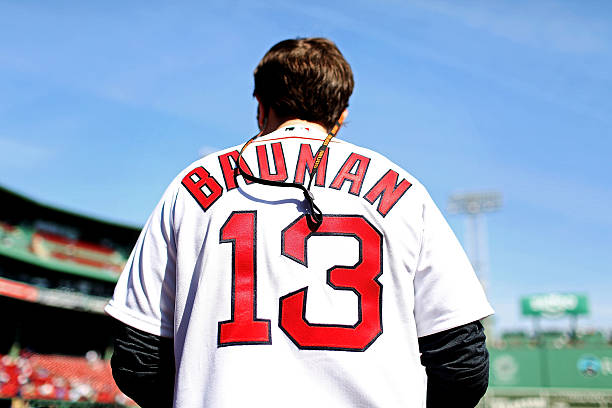 BOSTON, MA – APRIL 18: Boston Marathon bombing survivor Jeff Bauman looks on before he throws out the first pitch before the Boston Red Sox take on the Toronto Blue Jays at Fenway Park on April 18, 2016 in Boston, Massachusetts. (Photo by Adam Glanzman/Getty Images)

Bauman will be joined by fellow Boston Marathon bombing survivor Adrianne Haslet, who will help bring an inspirational message to the community, which bonds together around the sport of running, along with Bill Richard, father of Martin Richard and head of MR8, the charitable foundation he created to honor his son. The group will be supported by Boston Police Commissioner Bill Evans; B.A.A. CEO Tom Grilk; and a host of other celebrities from the media, sports, running, and business communities.

The DMSE Sports Classic will once again be staged by Boston Marathon race director, Dave McGillivray. Last summer, McGillivray brought back the “Celebrity Mile” after a 32-year absence from running events in the Greater Boston area. This year’s edition promises to continue the new tradition with a turnout of many friends and acquaintances of McGillivray from his years of staging (and running) hundreds of events in the Boston region. A complete list of the celebrities scheduled to participate is included at the bottom of the release. The celebrity race is schedule for July 22 at 11 a.m.

The “Celebrity Mile” field will also feature 1968 Boston Marathon winner, Amby Burfoot, who will be celebrating the 50th anniversary of his feat next April, and he will be joined by Jack Fultz, the Boston Marathon champ of 1976.

“The ‘Celebrity Mile’ was certainly the highlight of the 2016 Classic and this year’s edition will see even more local celebrities”, stated McGillivray. “It is so generous of all of this people to come out and share their time with all of us. I couldn’t be more grateful. The Classic is shaping up to once again be a stellar weekend of events.”