NORTH ANDOVER, Mass. – (Staff Report from Official News Release) – Nate Martin of Jackson, Missouri, ran at a pace of 5:56 per mile to win the 2017 DMSE Sports Classic half-marathon with a time of 1:17:37, highlighting a weekend full of running and family-friendly events held annually at Merrimack College in North Andover, Massachusetts. Aside from the official competitive races, the popular “Celebrity Mile” was staged on July 22 and Henry Richard, representing the Martin Richard Foundation, won the race by running it in 6:01.

“I’d like to thank everyone who took part in the 2017 DMSE Sports Classic,” said Dave McGillivray, the race organizer and president of DMSE Sports. “Not only did we get a tremendous turnout of competitive runners, but I’m extremely grateful to stage this event for the many families, teens, and kids who come out to run. I’d also like to thank our presenting sponsor, Aetna, and the dozens of local celebrities who answered my requests, my emails, and then showed up on Saturday to make the annual Celebrity Mile such an inspirational event for all of us.”

At the Celebrity Mile, an event rejuvenated and staged for the past two years by McGillivray after decades of absence, Henry Richard, brother of 8-year old Martin Richard who was killed in the April 15, 2013 Boston Marathon bombing, led the group as he ran just over a six-minute mile in honor of his late brother and many of the marathon bombing survivors, such as Jeff Bauman and Adrianne Haslet, who participated in the event. 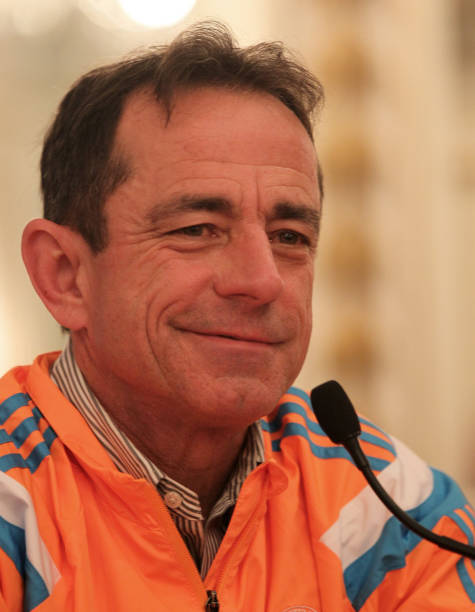 In the official competitions, Natalie Bettez, 19, of Bolton, Massachusetts, took the half-marathon honors in the overall female division, running at a pace of 6:52 per mile to finish the half in 1:29:52. Bettez was followed by Beth Dollas, 40, of Amesbury, Massachusetts, who finished second with a time of 1:31:42. Carolina Shipley, 19, of nearby Andover, Massachusetts, finished third with a 1:33:21 time in the half.

Martin, 22, a long-distance standout from Missouri, was followed by two local Massachusetts residents, with John Page, 24, of Beverly finishing second overall as he ran at a 6:17 pace to finish in 1:22:14, while Patrick Brickley, 40, of North Reading finished third overall running the half marathon in 1:23:19 at a 6:22 pace.

In the 5-K race, Gary Cuneo, 31, of Groveland, Massachusetts, took the honors in the men’s overall division, running a 5:43 pace to finish in 17:43. Cuneo was followed by Brett Budzinski, 42, of North Andover, Massachusetts, running with a hometown advantage in 18:17, a 5:53 pace. In third place was Nathaniel Cabot, 48, of Groton, Massachusetts, who finished the 5-K in 18:38, running a six-minute mile.