BOSTON – After nearly seven weeks in the hospital following a mistaken assassination attempt, retired Boston Red Sox star David Ortiz is happy to be home. On Monday morning, he posted a series of photos of steak, grilled fish and pasta from an apparent weekend celebration.

“Being at home and look at my family celebrating that Im here safe is priceless,” Ortiz wrote, also thanking fans for their prayers.

Ortiz, who was released from Massachusetts General Hospital on Friday, acknowledged he wasn’t up to the scrumptious menu.

In addition to his social media post, Ortiz released a statement Monday, thanking the Red Sox, his fans and the medical professionals who helped treat him.

Ortiz was shot in a nightclub in the Dominican Republic on June 9, incorrectly targeted in an assassination attempt. He was flown to the Boston hospital the following day and, in all, underwent three surgical procedures.

A family source told ESPN on Saturday that Ortiz, 43, will continue his recuperation at home, aided by full-time nurses. The statement said Ortiz will spend the next few weeks focusing on recovery.

“I am feeling good but know I need to do my rehab just like I did when I was recovering from injuries playing baseball,” Ortiz said in the statement. “Big Papi will be back soon.”

BOSTON – Former Boston Red Sox star David Ortiz underwent additional surgery as he continues to recover from a gunshot wound sustained more than a month ago.

“Earlier this week, David underwent a third surgery for complications resulting from his gunshot wound,” his wife, Tiffany, said in a statement issued Thursday by the team. “The operation was performed by Dr. David King at Massachusetts General Hospital. David is recovering well and is in good spirits.

“We continue to be incredibly appreciative of the kindness and compassion shown to David and to our entire family during this difficult time.”

Ortiz, 43, was shot in the back on June 9 as he sat at a club in the Dominican Republic. Local officials have said Ortiz was shot in a case of mistaken identity and have an least 14 people in custody in connection with the shooting.

The retired slugger, known as Big Papi, had surgery for internal injuries that evening, then was flown to Boston the following day and underwent a second operation.

Doctors removed his gallbladder and part of his colon and intestines in the initial surgery. Ortiz also sustained liver damage.

BOSTON — (Special to Digital Sports Desk by The Sports Xchange) – David Ortiz had seemingly won and done it all throughout his storied 20-year career. 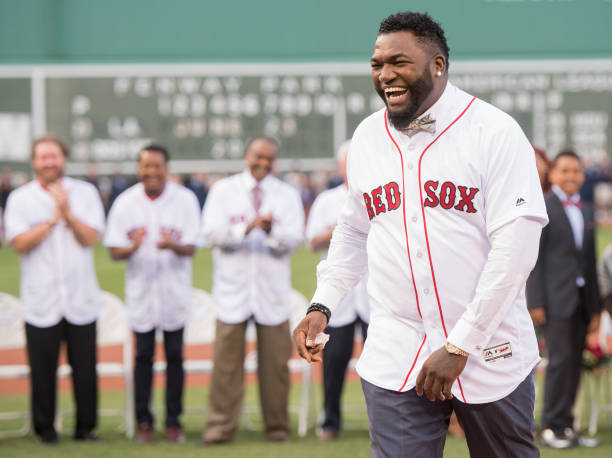 Oh, and an unforgettable ALCS MVP performance in 2004 against the New York Yankees to help lead the Boston Red Sox to their first World Series title in 86 years.

But the honor bestowed upon the man they call Big Papi on Friday night at Fenway Park cemented his legacy forever in the city of Boston.

“That happening to me today, it’s a super honor to be out there hanging with those guys,” Ortiz said after the Red Sox retired his iconic No. 34 in a pregame ceremony.

Ortiz is the 11th player to have his number retired by the Red Sox and the first since the team retired Wade Boggs’ No. 26 last May.

“Those guys, those numbers have a lot of good baseball in it,” Ortiz said. “It takes a special people to do a special thing and … be able to have their number retired up there.”

Pedro Martinez, who had his No. 45 retired by the team in 2015 and lobbied the Red Sox to sign Ortiz as a free agent, was among Ortiz’s former teammates present at the ceremony and addressed the crowd.

Ortiz spent 14 of his 20 seasons with the Red Sox from 2003 to 2016 after breaking in with the Twins and playing six seasons with Minnesota.

The family of late Twins great Kirby Puckett, who Ortiz said wore the number 34 in honor of, also greeted Ortiz on the field during the ceremony.

“When I first started wearing the jersey, that number, I was just happy and proud of doing it because of him,” Ortiz said. “Never thought about my number being, hanging up there with all those legendaries.”

Ortiz hit .290 with 483 home runs and 1,530 RBIs in 1,953 career games with Boston. He trails only Ted Williams on the Red Sox’s all-time home runs list and ranks third in franchise history in RBIs.

Asked about his future with the organization, Ortiz said he has been in conversation with Boston’s front office about a role with the team but hasn’t hammered anything down yet.

“It’s going to happen,” he said. “At some point, I’m going to be able to help out somehow, some way.”

BOSTON – Rick Porcello, the American League Cy Young Award winner last year, will have a more modest goal when the Boston Red Sox host the Los Angeles Angels on Friday night in the opener of a three-game series. A 22-game winner in 2016, Porcello attempts to avoid becoming the first pitcher in the major leagues to reach 10 losses this season. 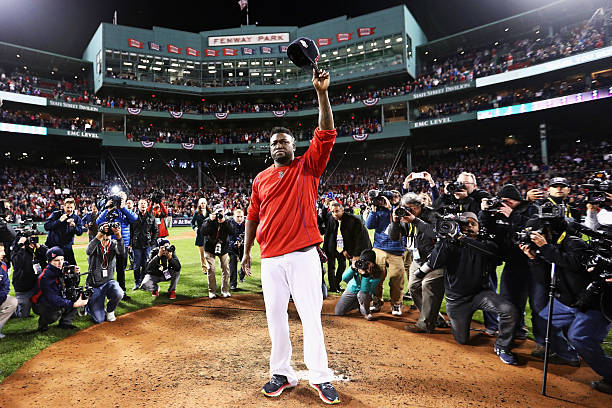 Normally, the struggling Porcello’s start would draw scrutiny but it will be FAR overshadowed by Friday’s pregame ceremony to retire the number of slugger David Ortiz, who called it quits after the 2016 season. Boston could use Ortiz’s booming bat in its lineup as the team ranks tied for 27th in the league in home runs (70) and 24th in slugging percentage (.414). The Angels have played .500 ball in 20 games in June, but they pushed across 22 runs in taking two of three at Yankee Stadium to open their eight-game road trip. Los Angeles DH Albert Pujols, a .324 hitter in 38 games versus Boston, had a pair of RBI singles in Thursday’s 10-5 win over the Yankees.

Meyer was masterful against Kansas City in his last outing, matching a season high with nine strikeouts while blanking the Royals on two hits over six innings. The 6-9 Meyer has not allowed more than three earned runs in seven straight starts, although he failed to get through five innings in two of them. Meyer keeps the ball in the park, giving up three homers overall and one in his last six turns.

Porcello took it on the chin again last time out, giving up seven runs on 10 hits over six innings at Houston to drop to 0-4 over his last five starts. The New Jersey native has yielded at least eight hits in eight consecutive starts and surrendered six home runs over his last four turns. Porcello is 5-6 with a bloated 6.26 ERA against the Angels and must be wary of Pujols (8-for-23) and Kole Calhoun (6-for-12).

1. Red Sox SS Xander Bogaerts is 8-for-16 with three homers and seven RBIs during a four-game hitting streak.

3. Red Sox 2B Dustin Pedroia, who missed the three-game series at Kansas City, hopes to return to the lineup Friday.

There will be plenty still at stake when David Ortiz plays his final regular-season home game as the Boston Red Sox host the Toronto Blue Jays on Sunday. The Blue Jays are tied with the Baltimore Orioles for the American League wild card lead while the Red Sox are still trying to figure out where they will begin Ortiz’s final postseason.

Toronto watched its struggling bullpen blow another save on Saturday night but came back with a run in the ninth inning and was able to close it out for a 4-3 win, ending a three-game slide and pulling even with the Orioles. The Blue Jays would host the wild card game if the AL East foes remain tied for the top spot by virtue of their 10-9 advantage in the season series. The Red Sox are assured of meeting the AL Central champion Indians in the AL Division Series but home field is yet to be determined, with the Cleveland holding half-game advantage entering the final day. Should the teams finish tied — and in order to have a tie Cleveland would need to play a possible make-up game against Detroit on Monday — then Boston would serve as the home team by virtue of its superior head-to-head record.

Toronto would have loved to save Sanchez for the wild card game but instead will need to burn their ace in the regular-season finale. The 24-year-old has more than doubled his previous career high for innings in a major-league season and is still going strong with two runs allowed and 15 strikeouts in 12 innings over his last two starts. Sanchez was not as sharp against Boston on Sept. 11, when he was lit up for six runs on five hits and four walks over 3 2/3 innings.

Price is making his final tune-up before a likely Game 2 start against Cleveland in the ALDS and is trying to prove that his last start, when he allowed six runs and 12 hits – three home runs – at New York, was a fluke. The former Cy Young Award winner had gone nine starts without a loss before the dud on Tuesday. Price, who helped the Blue Jays to the postseason last year, is 1-1 with a 2.66 ERA in three starts against his former team this season.

1. Ortiz was honored prior to Saturday’s contest for his impact on the city of Boston.

2. A blown save by the Toronto bullpen prevented LHP J.A. Happ from becoming the fourth pitcher in franchise history to reach 21 wins on Saturday.

3. Boston 1B Hanley Ramirez needs one more home run to join Ortiz and Mookie Betts as teammates with 30 or more home runs and 100 or more RBIs.