(Special to Digital Sports Desk by The Sports Xchange)

Some college football players you can just see coming.

The guys who are not yet stars. Not even full-time starters. Guys like Louisville quarterback Lamar Jackson last season. You might not have put money on him last August to win the Heisman Trophy, but he had teased just enough of his talent in the previous year to indicate that something big was brewing.

We recently asked our network of writers at The Sports Xchange to nominate breakout players for each of the Power 5 conference teams. We’ve cut that list to 20 tantalizing players who have played a bit but will be way more than bit players in 2017. 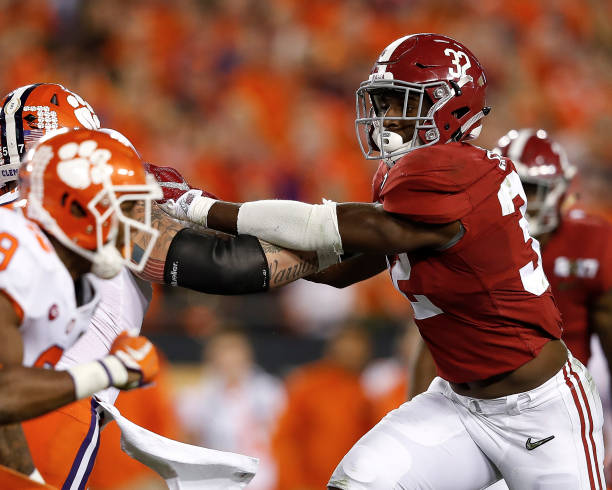 Ohio State LB Dante Booker: The Buckeyes have all kinds of these likely breakout stars — H-back Parris Campell, CB Denzel Ward, DE Nick Bosa — but we will single out Booker, who suffered a season-ending knee injury in last season’s opener. Booker can do it all at outside linebacker, at 6-foot-3 and 240 pounds. “He’s a big explosive athlete and he’s out in space,” Ohio State linebackers coach Bill Davis said.

Alabama LB Rashaan Evans: In February he tweeted, “I’ll win the Butkus Award.” That’s big talk from a senior who didn’t make his first career start until last season’s College Football Playoff … but then he made seven tackles against Washington and 11 stops vs. Clemson. So, yeah, not a surprise if he elbows his way into the Butkus discussion.

Florida DB Chauncey Gardner Jr.: It’s Gardner’s turn after the Gators sent three defensive backs into the second round of the NFL Draft. Gardner outshined them all in last season’s Outback Bowl, when he took home MVP honors as a true freshman, intercepting two passes and returning one for a touchdown.

Michigan DE Rashan Gary: This one is a given. He was the No. 1-rated recruit in 2016 who was just fine last season as a backup — 27 tackles and one sack. Now, he’ll get to be a full-time terror on an all-new, but supremely talented, Wolverines starting defensive line. “I feel like I’m stronger than I was last year by a lot,” he said.

USC CB Jack Jones: The next Adoree’ Jackson? Jones, a sophomore, could take Jackson’s place at cornerback, in the return game and as a defender who dabbles and dazzles on offense. “He’s so dynamic with the ball in his hands,” coach Clay Helton said.

Oklahoma LB Caleb Kelly: Last seen making 12 tackles in the Sugar Bowl win over Auburn, the former five-star recruit is going to put up huge numbers while building off the back half of his true freshman season. Former coach Bob Stoops predicted that Kelly will be “a monster.”

Stanford RB Bryce Love: Everyone will get to know him as he takes the carries left behind by Christian McCaffrey. Love averaged 7.2 yards per carry through his first two seasons and, as coach David Shaw said, when the speedster touches the ball, “there is a gasp that you can actually hear … because he is so explosive.”

Ole Miss WR D.K. Metcalf and QB Shea Patterson: We’re counting both players on this list, with former five-star Patterson taking over full time after coming out of his freshman redshirt late last season and Metcalf returning after a broken foot that ended his true freshman season early. Together for the first time, there’s entertainment value here with a young, pro-potential connection.

Arizona RB J.J. Taylor: He was just beginning to show his incredible cuts and spins last season as a true freshman but his season ended in the fourth game because of injury. If he hadn’t gotten hurt, the Wildcats might have dealt an early, playoff-killing defeat to Washington, which escaped in overtime. The irony: Taylor, the guy who is going to be breaking all kinds of defenders’ ankles, suffered a broken ankle last season.