NEW YORK – (Wire Service Report by The Sports Xchange on AP Rankings) – The Alabama Crimson Tide begin the college football season atop the Top 25 coaches poll for the second straight year.  The Crimson Tide were picked first by 49 of the 65 coaches on this year’s panel for the poll, which was released on Thursday. 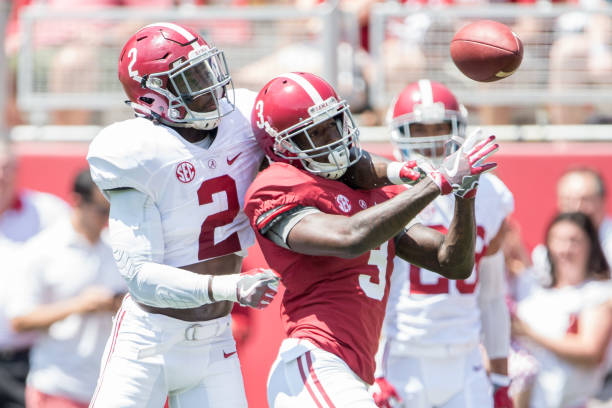 The Crimson Tide will be put to the test out of the chute when they open the season against the Seminoles in a blockbuster on Sept. 2.

Coach Nick Saban is no stranger to seeing Alabama atop the coaches poll. Thursday’s designation marks the fourth time the Crimson Tide has opened as the favorite, although they have failed to win the national title on their three previous occasions — including last year’s loss to the Tigers in the championship game.

The last preseason No. 1 in the coaches poll to win the national championship was USC in 2004.

The Southeastern Conference led the power leagues by placing six teams in the top 25, with LSU (12), Auburn (13), Georgia (15), Florida (16) and Tennessee (24) joining Alabama. It’s the first time the conference has placed only one team in the top 10 of the preseason coaches poll since 1991.

The Big 12 and Atlantic Coast Conference each placed five teams in the poll. The Pac-12 joined the Big Ten with four while No. 22 South Florida of the American Athletic Conference is the lone ranked representative of the Group of Five leagues