CHICAGO — Five-time All-Star David Price is expected to make his season debut Monday for the Boston Red Sox in the opener of their three-game series against the Chicago White Sox. 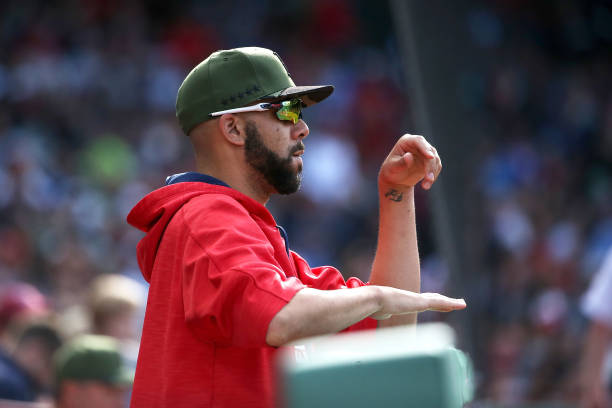 The 31-year-old left-hander hasn’t pitched in the majors since Oct. 2 because of a strained left elbow.

“My thought process is to put up zeros and help us win. That’s what I’m here to do. That’s what I plan on doing on Monday,” Price told reporters Thursday.

“A lot of pitches in a short amount of time,” Price told reporters. “I think that is more of a test to being healthy as opposed to going out there and throwing five or six (innings) in 90 pitches. To do what I did in both of my rehab outings, I don’t think you can do that if you’re not healthy.”

“He’s eager to get back to us, and physically he feels great,” Red Sox manager John Farrell said.

Boston has won six of its last seven games while the White Sox took three of four over the weekend against Detroit. Last season, Chicago won four of seven games against the Red Sox.

For the White Sox, left-hander David Holmberg (0-0, 0.87 ERA) will make his first start of the season. He struck out six and walked two in eight relief appearances after the White Sox purchased his contract from Triple-A Charlotte on May 4. He is 3-6 with a 5.47 ERA in 22 career major league appearances, including 12 starts.

At Charlotte, Holmberg was 3-0 with a 1.76 ERA in six appearances, including one start. Holmberg has never faced the Red Sox.

“We’re hoping that we can take him out to a five-inning stint, depending on how many pitches he throws and things like that nature,” Renteria said. “He was starting obviously in the minor leagues, so he had been stretched out. Everybody’s going to have to be available, but I’m hopeful that he’s going to give us a good outing.”

The series will reunite the White Sox with Chris Sale, who was a five-time All-Star when he pitched for Chicago from 2010-16. The hard-throwing left-hander was traded to Boston in December in exchange for four prospects, including highly touted infielder Yoan Moncada. Sale is scheduled to start Tuesday.

“He has my respect,” White Sox first baseman Jose Abreu said through a translator. “He was one of the best teammates that I had here in my first three years, and that will be fun. He’s a very good pitcher, and we’ll see what happens.